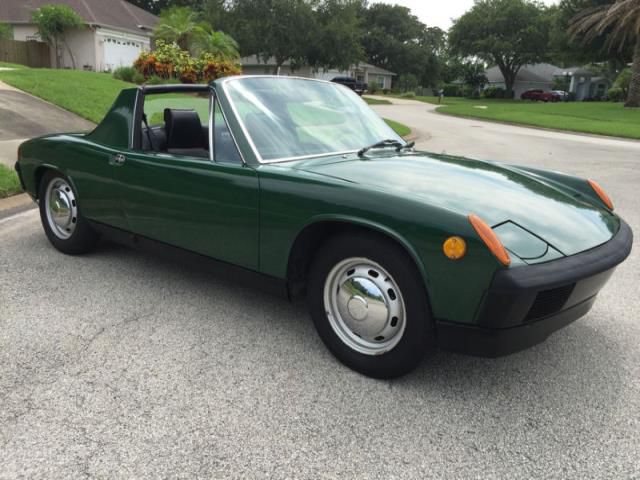 1972 Porsche 914 Vin# 4722918123 Miles 85,201 I have documented history going back to 1972.The first owner of this Porsche 914 was from Michigan until 1978.He was a student at Purdue University in Indiana where the vehicle was Sold to his Teacher on 11/17/1978 !This car was her dream and she painted it green (original color was Blue), because it was her favorite Porsche color at the time.All the service log and receipts I have and will include with the purchase.She quit driving the car in 2006 !The car sat in their garage in Indiana for 10 years!It still have the tires with the receipts that she purchased in 1982, they have all the thread on it! I had to replaced them due to the aged. Since the car came to Florida I had to do the following: 1-New Gas Tank2-New front and rear calipers3-New rear rotors4-New Duralast Battery5-New Shifter and Rod kit7-Brake Master cylinder and new Brake fluid8-New Accelerator Pedal9-Replace not working lights with new ones10- Corrected oil leaks Vehicle does not have any oil leaks!