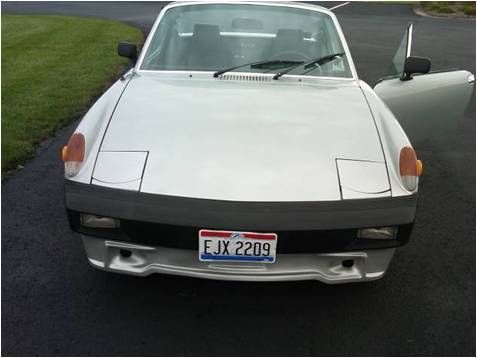 1975 914-6 Conversion for sale. Car originally from Texas. I have owned car since 1999. Rebuilt 1971 911 2.2L six. 5200 miles on rebuild. Solex carbs. Patrick racing oil tank and PMO fuel regulation. Rich Johnson linkages. MSD ignition. Transmission rebuilt by Brad Mayeur. New clutch and starter. DynoMax muffler with Porsche headers. Dash is free of splits, tear or cracks. Interior is in great shape. Glass is free of cracks. Paint is Diamond Silver Metallic and is 6 out of 10. New Bridgestone tires on real Mini-Lite wheels with Porsche spinners. Car has not been raced or auto-crossed. Conversion by Porsche specialist. Targa seals infair shape. I have receipts and documentation for car. Clear title. No warranty. Buyer is responsible for shipping. 500.00 deposit due at auction close. Certified check.