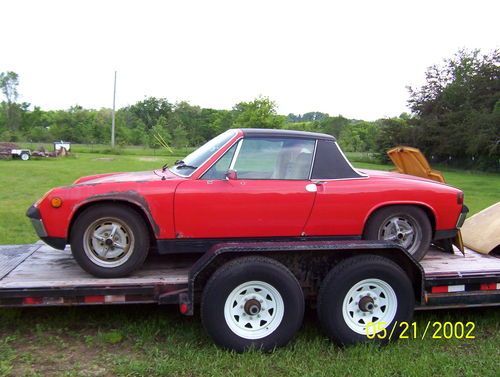 Selling for parts as has been in garage for 7 years and have no time to work on it.Also have with an engine ad transmission form a 1975 Porsche 914, an German made replacement fender,hood trunk lid, roof. Note the 75 engine is sitting with a Bugpack? carburetors. engines do turn over but have not been ran.