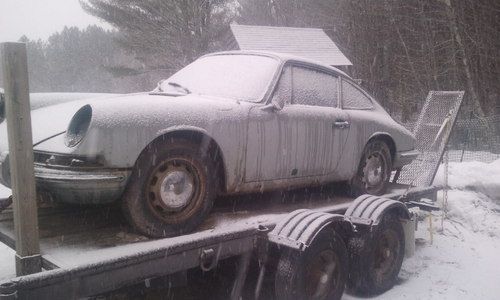 1965 Porche 912 Resto project. This is a complete car with all the lights and emblems they have been removed for restoration,it has some rust on rockers and rear floor pans but is mostly solid. It has a 911 motor with weber carbs  that was running 4 years ago before it was put in a barn. Buyer is responsible for shipping. I will need a $500.00 deposit and full payment by wire.