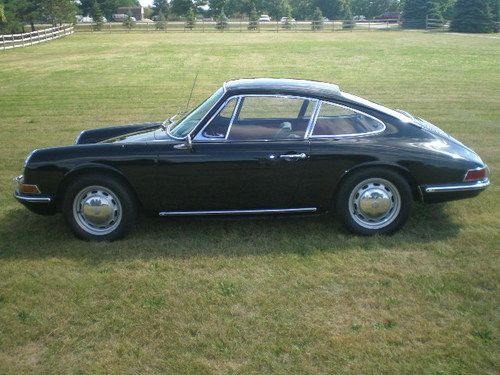 Condition: UsedA vehicle is considered used if it has been registered and issued a title. Used vehicles have had at least one previous owner. The condition of the exterior, interior and engine can vary depending on the vehicle's history. See the seller's listing for full details and description of any imperfections.Seller Notes:"Good condition."

For sale is my classic black Porsche 912. I am the second owner and have owned this car for the last 40 years. This beautiful 912 had 30,000 miles when I bought it. The car has matching numbers original engine and transmission and runs and drives great. The car is located near Lansing, MI and can be seen by appointment. One of 500 factory black cars that year. Buyer to arrange and pay for shipping. Please call Mark at (517) 290-7385 with any questions. Thanks for looking.