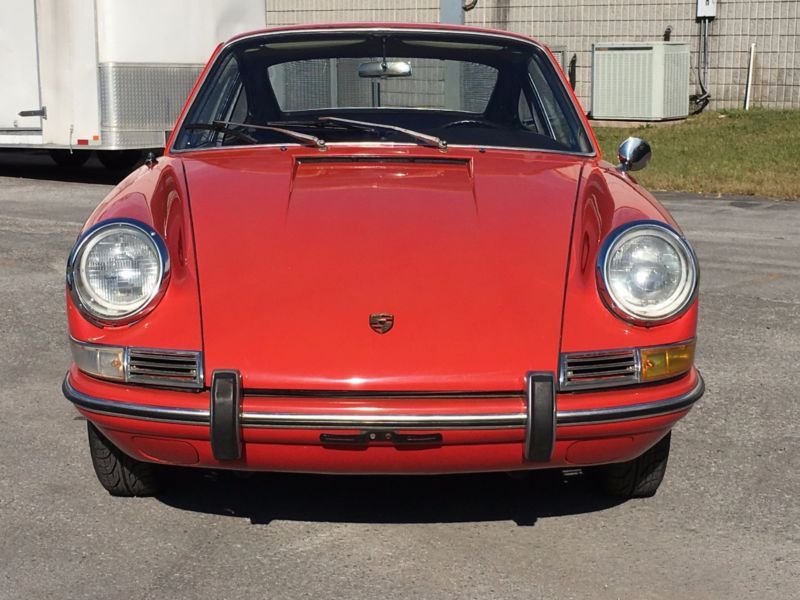 1966 Porsche 912. This is a very solid, honest and clean driving car.
The previous elderly owner had it for over 20 years and took very good care of her. It is a fun car to drive
and enjoy. The engine was rebuilt only a few thousand miles ago. She has a couple of
push rod tube seeps, but no other oil leaks. It's currently running on Webers, but I have the original Solex carbs,
intakes, and Knecht mesh air cleaners as well as the original pistons and cylinders, all of which go with the car.
The clutch is good and so are the brakes. The Pirelli tires are like new, all the wheels including the spare are
correctly date coded.

As you can see all the glass is nice, the windows roll up and down as they should and the rear pop out windows open
and close nice. Doors close nice and the door cards are excellent. The interior is in great condition, no dash
cracks either. She was cared for and always garaged. All the lights work including turn signal lights and brake
lights. All the gauges work as well as the horn, wipers and heat. The heater boxes are correct, but the exhaust is
not the original but vintage. The seat belts work and appear to be original.