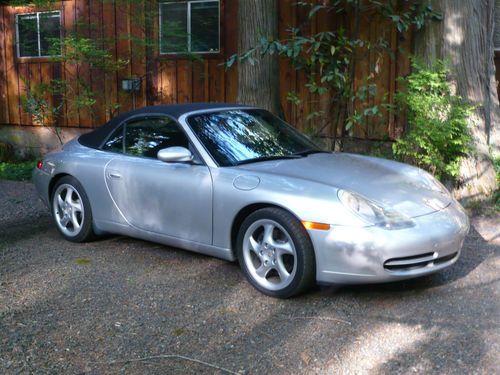 For sale is a 2000 Carrera 996 cabriolet. The exterior is silver. Interior is black leather with carbon trim, shift knob and break lever.The paint is original and in excellent condition. I have all service records.There absolutely no oil leaks of any kind. This car is garaged all year, only driven in summer months. This vehicle has been very well taken car of. It drives like new. Turbo twist wheels with porsche crest caps. Please contact me with any questions.