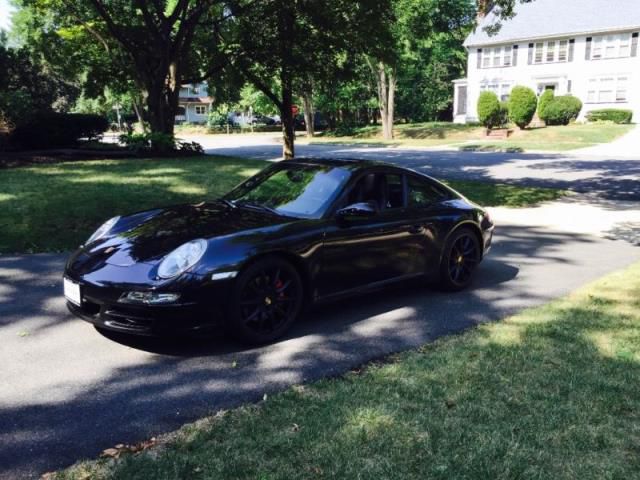 Thanks for viewing!! Summary of options is below as is recent major service completed. I really love the car and put considerable service into it. Quite simply it was the 911 Ive always wanted. And with 2500 miles on the engine-out/top-end rebuild AND newer transmission, the car is amazing to drive. The car is as is, where is and has no existing warrantee. Buyer is responsible for all shipping coordination and costs. PPIs are welcomed and encouraged prior to the end of the auction. Im also happy to conduct a video walk-around so youre able to see the cosmetic quality of the car. The mechanic who completed all recent service is available to provide a more technical explanation of work performed as well. Im also happy to send any additional pictures to serious bidders. Details: Basalt Black 2006 911 sPurchased in August 2015 New rear brake rotors installed in August 2015 Car balanced and aligned in August 2015 following wheel work (powder coat to flat black) Transmission replaced with lower mile transmission from 8k mile 911 carerra S in October 2015. Odometer reads Aprox 96,000 miles, however engine was rebuilt Aprox 2500 miles ago. Tires have Aprox 75% life remaining (per coin test).
My eMail : edwardsouthwebsterz@mail-on.us