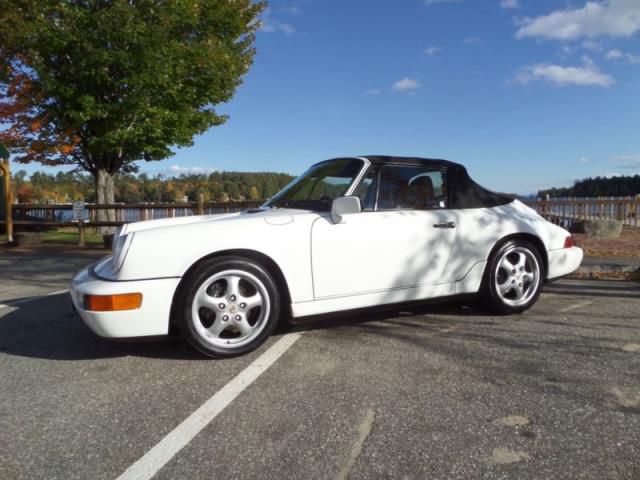 1991 Porsche 911 C2 cabriolet in great original condition this is a well cared for car with same owner for many years. The paint on this car looks to be original with very minor stone nicks, shines great. The cars red interior is in very nice condition also with only the steering wheel showing signs of age, seats are all in great shape. All the cars power options and gauges work as they should.
Email me at : farisdygquinton@netzero.com