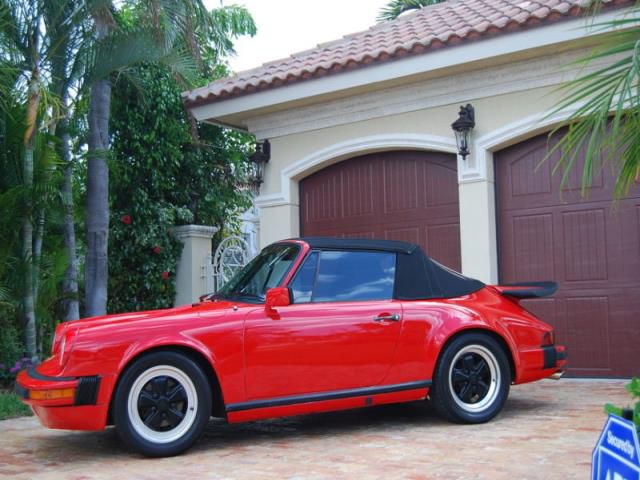 If you have any questions please feel free to email me : idygujoemcmann@francemel.fr

1978 Porsche 911 convertible with ultra low miles, 34,101, take advantage of this opportunity to own a rare German classic. This vehicle has been in the family for over 18 years and previously was in Arizona. A few years ago i began a professional restoration too its original beauty. To begin the 911 was brought too a certified Porsche mechanic their recommendation was too drop the engine and inspect the clutch and pressure plate which was in perfect condition. Next they replaced the original head bolts,replaced all gaskets and reinstalled engine. Upon completion the second phase was to take it to the body shop which it was stripped down and repainted in the factory guards red paint. Next i replaced interior with new leather wrapping factory Porsche sport seats/ door panels/ carpet and to finish up with installing a new convertible top. This car has all original factory options and parts including fuch wheels.