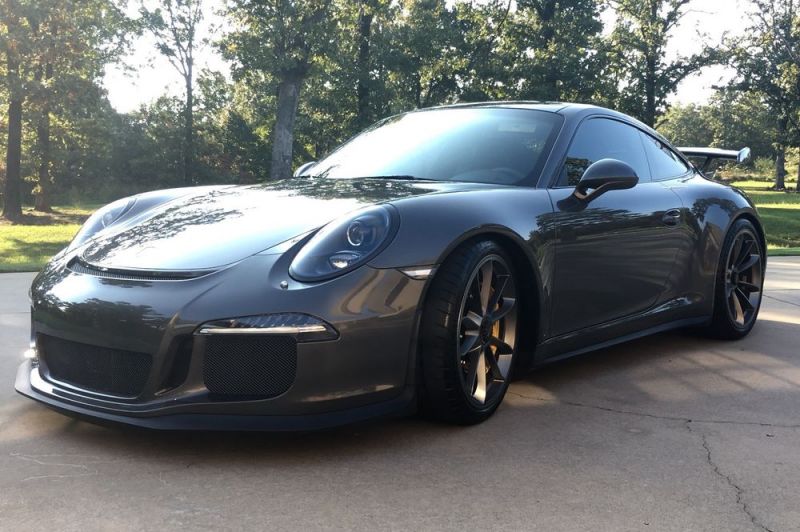 More infos regarding my car at: caryloncppaywa@ukjo.com .

Absolutely gorgeous GT3 in Agate Grey with black alcantara with red stitching. This is the perfect color combination with the red gauges. It is really a beautiful car. And, this one is CPO until 6 yrs (from purchase) or up to 100k miles, so absolutely no concerns when you buy this one. It has the critical options with the carbon ceramic brakes and the front axle lift (do not buy one without it; you cannot go anywhere). It also has the carbon interior, red dials, heated seats, sport steering wheel, dynamic lighting package, etc. I bought this car because I've owned several 911s and always wanted a GT3. It does not disappoint. The 991 GT3 is an insane piece of machinery. If you have not driven one, do it.