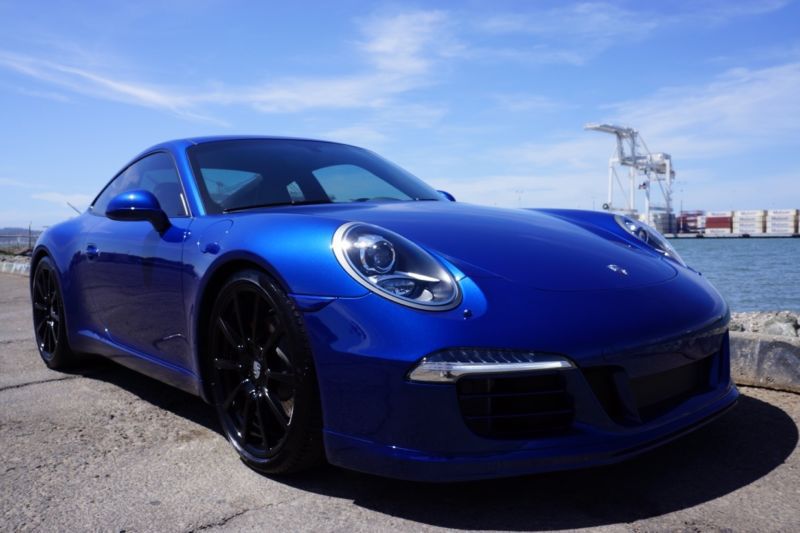 If you have questions email email me at: montymkknarr@ukcentre.com .

LIKE NEW AND FULLY OPTIONED! I had this car built for me new in 2013. I spared no expense when building it.
Porsches are considered "a la carte", meaning when you order one, they are bone dry of options. This car base was
$96,400, after I was done with options, the sticker price was $128,930! These upgrades include $5000 Sport Design
package (w/ ducktail spoiler), $4000 full leather two-tone leather with 14 way power seats, $5000 Burnister stereo
upgrade, $900 PASM, $3000 sport exhaust, $1200 for the 20" sport wheels, $1800 sport crono package and thousands of
more in factory upgrades. I am selling her because, as you can see from the miles, I never drive