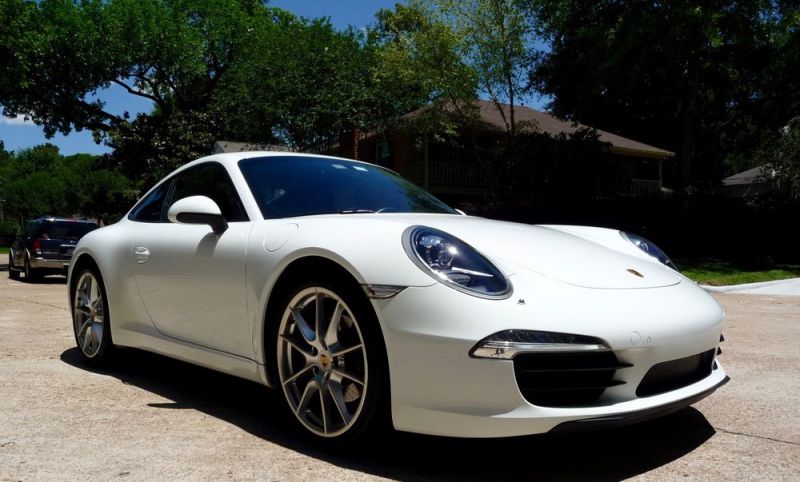 More infos regarding my car at: lauranferrato@juno.com .

Arguably the last "real" 911, the naturally aspirated 7-speed manual 991.1 offers the convenience of modernity, while staying true to its history.
This unit, garage kept and never tracked, offers a low mileage opportunity to seize a daily-driver, loaded and ready.
The scheduled 4yr/40,000 mile service major maintenance was just performed, no issues.
This car was factory spec'ed without Porsche Sport Exhaust (PSE) which is a valve operated muffler bypass. Porsche West Houston installed a Sharkwerks X-pipe bypass to give the car a more robust exhaust note. The difference at idle/slow speed is minimal. At RPMs exceeding 3500/min the note becomes more aggressive - and is a full snarl under spirited driving. I am happy to include the original factory parts in the sale.