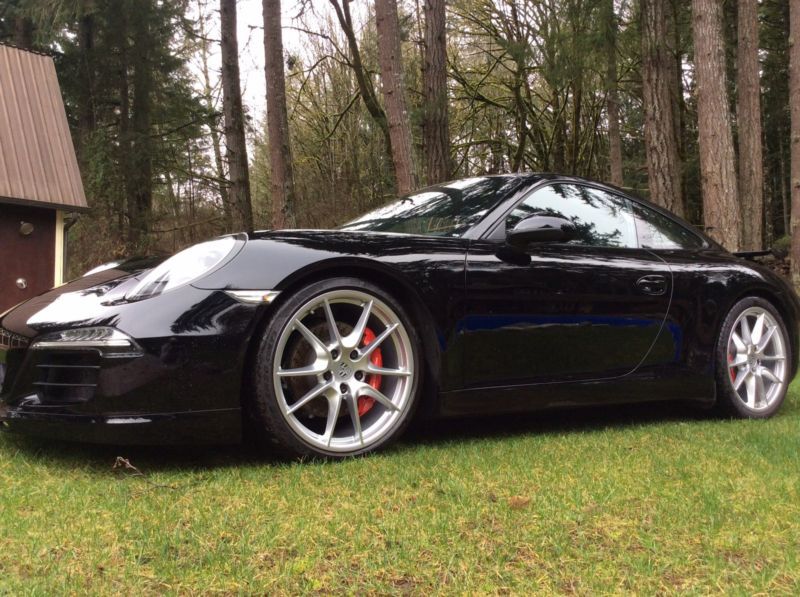 Just email me at: mariannemrroxbury@uktradesmen.com .

Original owner, 2013 Porsche 911 Carrera S with factory aerokit cup and powerkit upgrades. I purchased this car two
years ago because I couldn't find a GT3 and this was the closest thing to it. Now that I have purchased a 2015 GT3,
the Carrera S is for sale. This is a seven speed manual with amazing rev matching capabilities and upgraded to 435
horsepower. This car has never been tracked and hasn't been beyond 6500 RPMs. The sticker price for this car when
new was $131,465 and options include - black leather front seats, PDCC with PASM sport suspension, electric
sunroof, sport seats plus, Carrera S powerkit, aerokit cup, bi-xenon headlights and ornamental Porsche crest. The
car is still under its original warranty which is good for four years,50,000 miles. It is a beautiful car that has
been professionally maintained and kept on a battery tender and in a climate controlled facility.