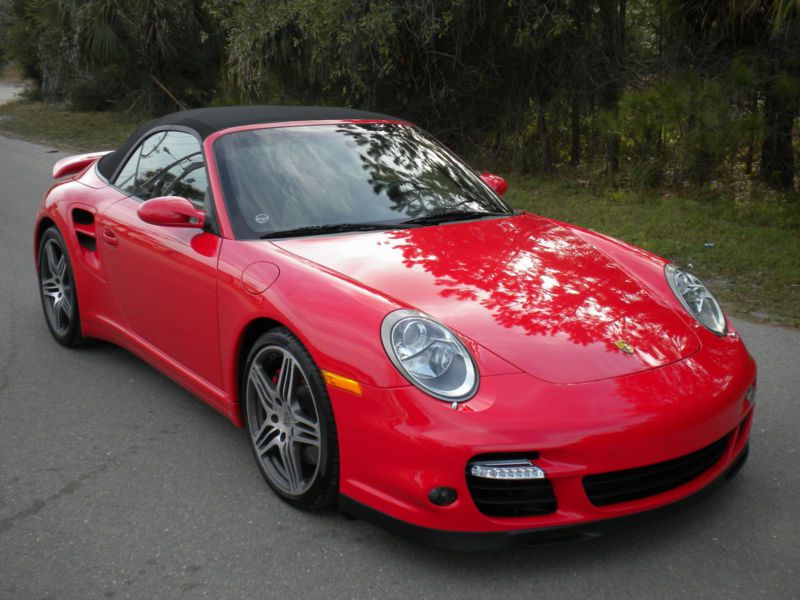 For more details email me at: janellajccacioppo@f1drivers.com .

This 2009 Porsche 911 Turbo Cabriolet is a dealer maintained car, always pampered, always garaged, a car for the
most discriminating Porsche buyer.
This one owner Guards Red 911 Turbo is stunning! With an original MSRP of $156,855, this car has some great
options. Along with deviated stitching in the full leather interior, the car is fitted with carbon options, sport
seats, Sport Crono, illuminated door entry and much more. Note the Porsche Certificate of Origin in the photos to
see all the options. A clean Carfax is included.