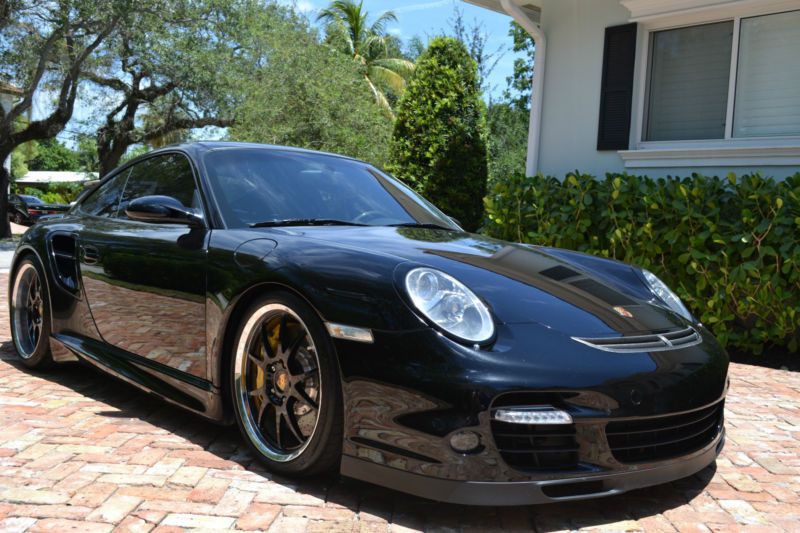 For more pictures email at: rudolfrrrudnitski@2babe.com .

2007 Porsche 911 Turbo. I am the second owner and have owned the car for five years. This Porsche Turbo is in
excellent condition. This Porsche has over $40,000 in upgrades that have all been completed by Champion Porsche
Motorsports Division. The maintenance records are kept in a three ring binder and all maintenance has been done by
Champion Porsche. This Porsche has 630 horsepower, ceramic brakes (yellow calipers), carbon fiber rear diffuser,
after market wheels, new Michelin Pilot Sport II Tires, carbon fiber interior, ground effects, upgraded air boxes,
Tubi exhaust and many other extras. The car is in excellent condition and is kept covered in an air conditioned car
warehouse. The original owner had Tubi exhaust installed giving this engine and even richer sound and extra
horsepower. No overseas transactions please.