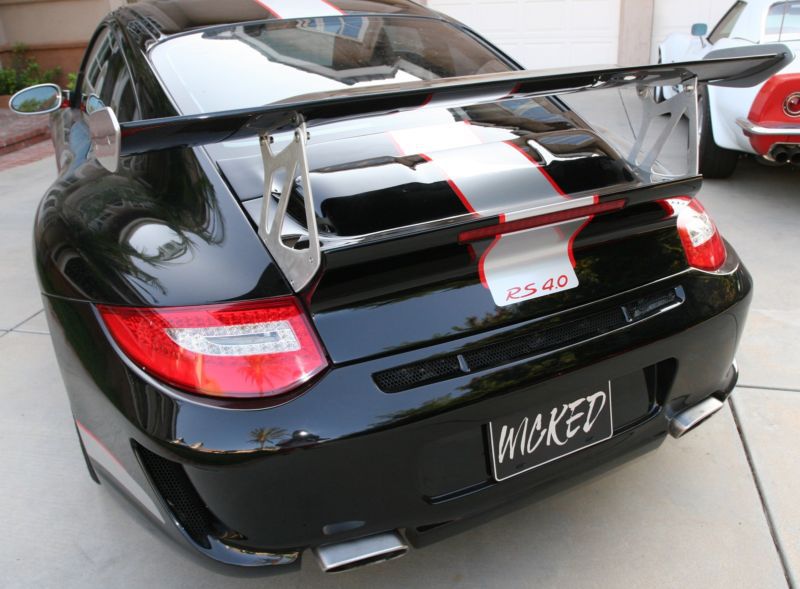 Just email me at: cherrylcccastillion@britishtalent.org .

2011 Porsche 997.2 GT3RS 4.0 Body Style built on a 2006 Carrera 4 Coupe
2011 Porsche 997.2 GT3RS 4.0 Built on a 2006 Porsche 997 Carrera 4 Coupe.
Here is your chance to own the ultra rare and coveted GT3RS 4.0, that was only produced one year, in 2011 and
currently commands a $450,000.00 price tag.
Wicked Motor Works is the industry leader in Porsche Custom Modifications and Updates.
Here, we took a 2006 Porsche 997 Carrera 4-wheel drive vehicle and transformed it in to the 2011 Porsche 997.2
GT3RS 4.0 Body style. The car looks amazing as you can see in the photo's. There is one difference, for the front
bumper, we used one of our 2016 Porsche GT3RS front bumpers, with the newest 991 LED Daytime running lights. This
vehicle looks and drives like a speed demon. This will probabaly be your only chance to get a vehicle like this,
unless you spend $450K for the real 4.0 GT3 RS
The vehicle has a brand new full Black Paint job. New 4.0 GT3RS decals at a $4,000.00 cost. Custom Wheels, updated
OEM 997.2 LED Taillights, Full black Leather Interior. 6-speed manual transmission, only 66,940 original miles,
Full power options, Sunroof, Navigation, AC, 6 airbags, Power Mirror, Power ABS Braking system, CD Stereo system,
power windows, power steering, etc.
Mechanically, the vehicle runs and drives, excellent, the power is unbelievable, the shifting is smooth, the clutch
is smooth, the brakes on spot on, overall in great condition for the year and miles.