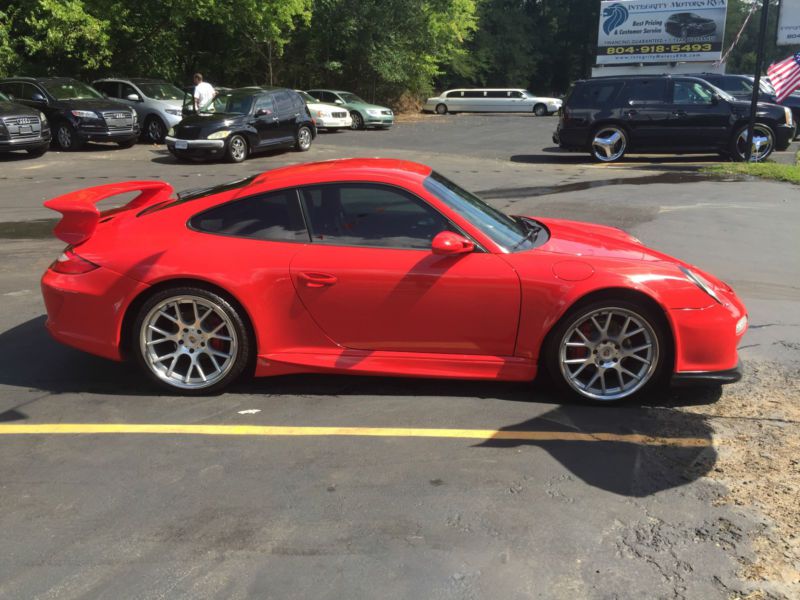 If you have questions email email me at: larrylbbresee@delboys.com . 2006 Porsche 911 with aero body kit (front bumper, side fenders, rear bumper, and
spoiler). Windows are tinted to Virginia legal specs. Car has recently (250 miles ago) had the clutch, front
rotors and pads plus oil change done at Midlothian Porsche (Euro Classics). I was getting it all ready for the
Porsche event in October at Virginia International Raceway - hopefully I can make it there one day. The car runs
perfect and needs nothing, car runs very strong and sounds great. Its a 2006 model so no need to worry about the
IMF issue that was on model 2005 and prior. The engine light is on because the car doesn't have catalytic
converter ($1200 from Porsche to install). Tires have 90% thread left and are in good shape. The navigation
screen has a small line running down it on the right side.This car is all custom and is extremely fast and well cared for.