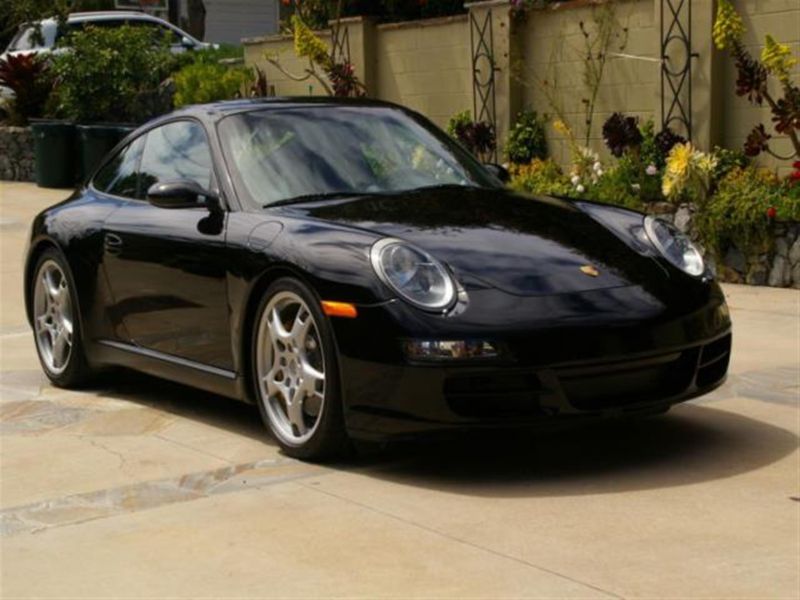 Private Party Sale (I'm listing this for my Father-In-Law who is This car is flawless) Porsche 2005 Carrera SBlack/Black22,000 miles6Speed ManualFull Leather, Adaptive Sport Seats, Ceramic Composite Brakes, SportsChrono Bose High End Sound Package, lowered (H&RSprings),IMS Bearing upgrade, Engine warranty through January 2018, never inrain, no smoke, no dings,Always garaged, beautiful condition. The front tiresare new. The back tires have 6000 miles on them (half life left). Second owner.Car was purchased in May 2005. It had 1800 miles on it when he bought the car."Launch" Car - It's a model that Porsche uses to introduce the new modeland each dealer gets at least one. They pick options they think will highlightthe car, in this case, adaptive seats, pccb's, nav, Bose, etc. There wereonly so many launch cars built in 2005 to introduce the new 997 version of the911. They are all the same…black/black, composite brakes, etc. The brakeoption alone cost $8,150 back in 2005.