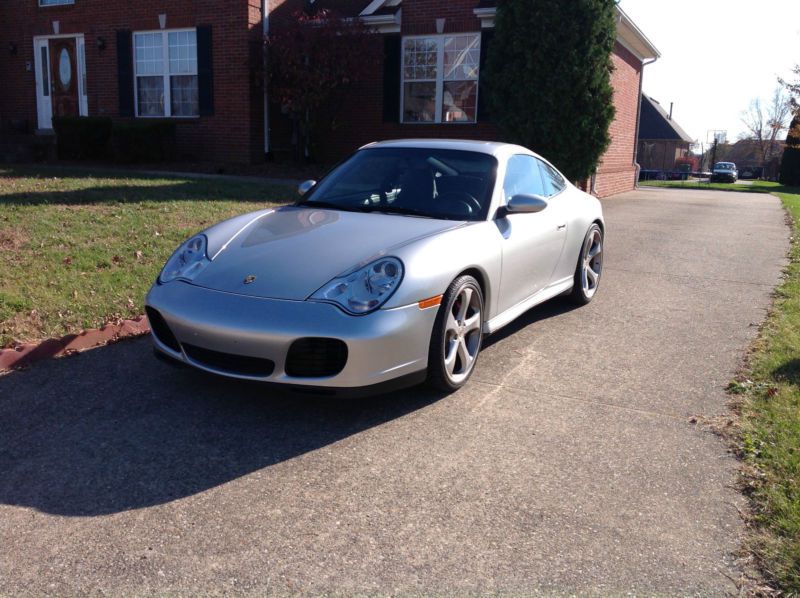 If you have any questions feel free to email: dominquedppascual@ttfans.com .This beautiful one owner Artic Silver Metallic Porsche Carrera 911 Coupe was
purchased new in 2005 from Blue Grass Motorsports (Porsche Dealership),
Louisville, KY.  The dealership performed all maintenance.  I purchased this
car to compliment  the Cayenne Turbo SUV as a pampered weekend sports car.
Always garaged and never driven in rain or snow. In addition, it has never been
smoked in and even retains some of that new interior leather feel.
This is a luxury Porsche  Carrera 4S line up that includes factory built-in
Sport Exhaust System, Storage Lid Bin W/Porsche Crest, Thicker Racing Style
Steering Wheel, Sport Speed Shifter, Custom Tailoring, and Special 20 inch
aftermarket Wheel Package.
With a keen eye, the only thing you could find beyond all the sleek 911 beauty
is a barely visible shopping cart mark.
Road ready with a Certificate of Authenticity from Porsche. If you want to
experience that uniquely engineered dull growling exhaust sound of Carrera 4S,
buy this car!
The most attractive part of all this: The price is below Bluebook value....