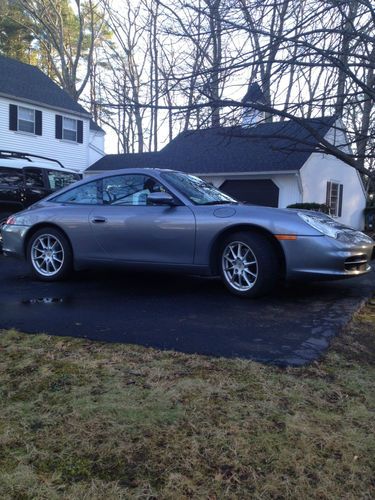 For Sale is my 2003 Porsche 911 Targa with manual transmission. It currently has 66k miles. The car was purchased from Georgia in 2010 with 54k miles. Prior to my ownership, it was a CPO car. Beautiful Seal Gray exterior with gray leather interior. Targa roof- the best of both worlds. 60,000 major service done. TUV, the German Technical Inspection Association ranked the 2003 911 number 1 (!) in reliabilty. The 996 series presents the best value in used Porsches currently. The 317hp engine was not really improved performance-wise until 2009 when hp was increased to 345. I have thoroughly enjoyed the car but a new (old) car purchase forces me the sale.

Recent oil change and inspection at Morong Porsche in Falmouth, ME.