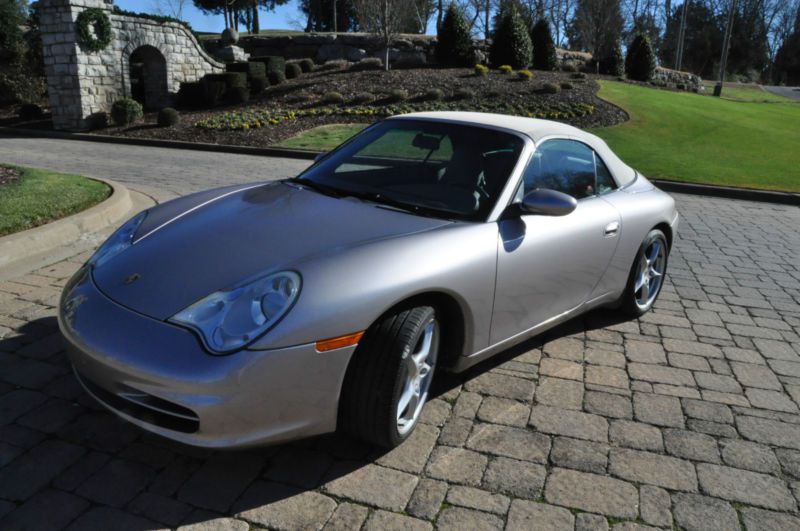 This is our 2002 C4 (996) Carrera Cabriolet for sale. I am the second owner and it was a dealer certified car when
we purchased it. The car has been a member of our family since 2008. This car is in excellent condition with only
43,300 miles, runs great. Only garage kept. The interior and exterior are perfect. There are no exterior dents or
scratches, the interior is as new. We (dealer) installed a clear plastic bra which covers the front 1/3 of the car,
so there are no rock dings on the hood or the mirrors. ISB upgrade was completed last year and a new clutch was
installed at the time of the upgrade. Rear seal kit has been installed. The tires are in good condition at about
half life. Recent oil change and battery. The top is original and has a few wear marks in the usual place,s but is
completely serviceable with no tears. The Car Fax will show a fender bender six years ago. The left tail light and
exhaust were replaced by a certified Porsche repair facility in Atlanta (with all Porsche parts). There was no
damage to any major components and the car meets all Porsche standards. The car has been meticulously maintained
since new. We have been members of the Porsche Club since we purchased the car and have driven it on many fun
outings.