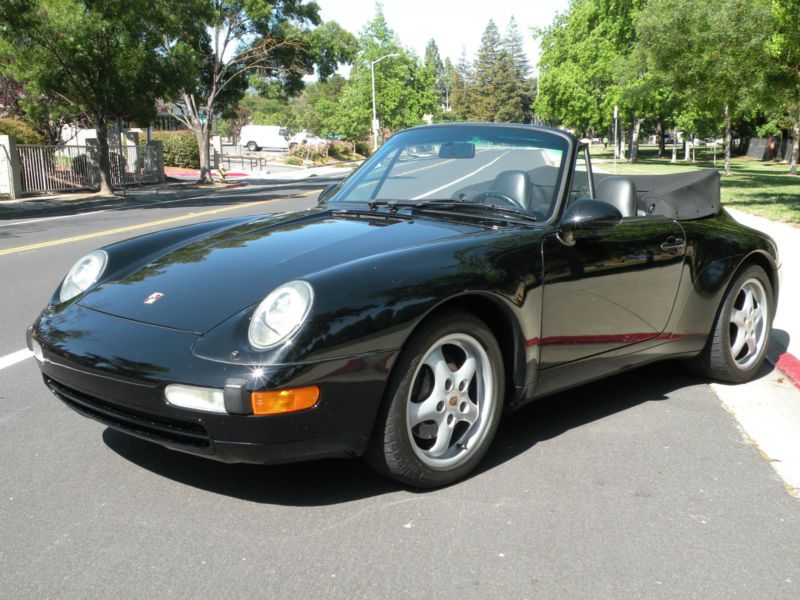 More infos regarding my cat at: ardellannager@ukfriends.com . This low mile, 3 owners, last year of air cooled Porsche's is beautiful and a pleasure to drive. 1998 Porsche 911
Carrera 4 Cabriolet wearing black exterior paint, black leather interior and black cloth top. The naturally
aspirated 3.6 motor pulls hard with no issues and the 6 speed transmission shifts smooth as it should. Power
windows, power mirrors, power top, power seats, A/C blows cold and more...Low 34,048 miles but I love driving this
car and I will continue to drive it until it sells.
Clean California title in hand. This car is sold AS-IS-WHERE-IS with NO WARRANTIES WRITTEN NOR EXPRESSED. This car
is located in San Francisco Bay Area, California for any inspections.
Please email any questions.