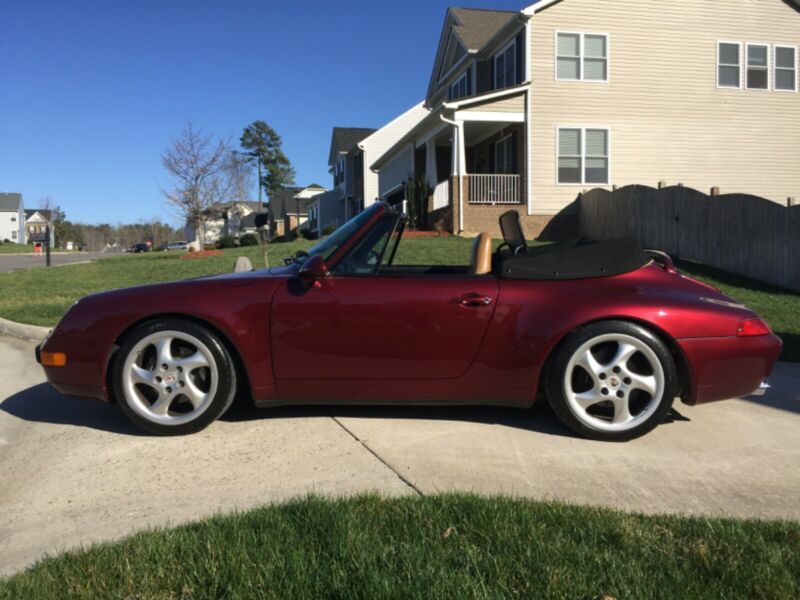 Oil changes have been performed every year during my ownership, It is a highly optioned 6-speed example. Key factory options include 8-way heated seats, Technology (Hollow Spoke) wheels, and Motor Sound package. I have added a Porsche Classic Radio Navigation (PCRN)
system. It has been garage-kept and covered during my ownership and has been used as a weekend, nice weather car.

This 993 has been meticulously cared for but it has also been driven. It has a couple of the typical minor paint
chips on the front bumper and on the rear fenders just ahead of the rear wheels. The Cashmere front seat bolsters
have the typical wear for a 22-year old car and they are in very good condition overall. The front end was resprayed when the OEM Turbo bumper was added. Paint correction and ceramic coating have been done on the entire car. There are no
dash cracks or door card rips or tears. It has never been in an accident.

If you are looking for a completely stock, factory paint, perfect interior, original 993, this is not the one for
you. This is a 993 that has been mechanically and cosmetically sorted by me and very well cared for during my
ownership. This is a 993 that runs, drives, and stops wonderfully, certainly better than it did when it left the
factory in December, 1997.