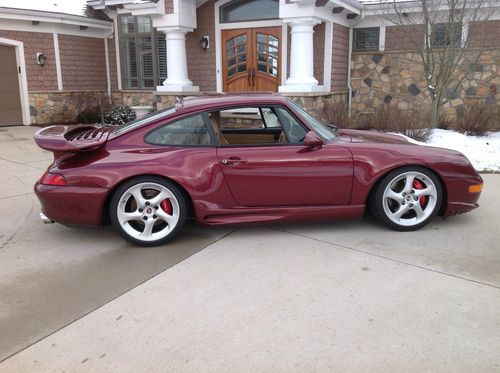 This is a very nice 1996 twin turbo that i have enjoyed for 10 years,  It has some very sensible and tasteful upgrades.  GT2 body work upgrades,  hybrid 16/24 turbos with cat delete,  performance mufflers,  rebuilt big red calipers.  Mechanically very sound, and cosmectially very nice,  no door dings, some normal rock chips on the front.  Pictures show a some small cracks in the paint on the rear bumper which is an easy fix.  Litronic headlights, stainless door sils, wood steering wheel, leather dash.