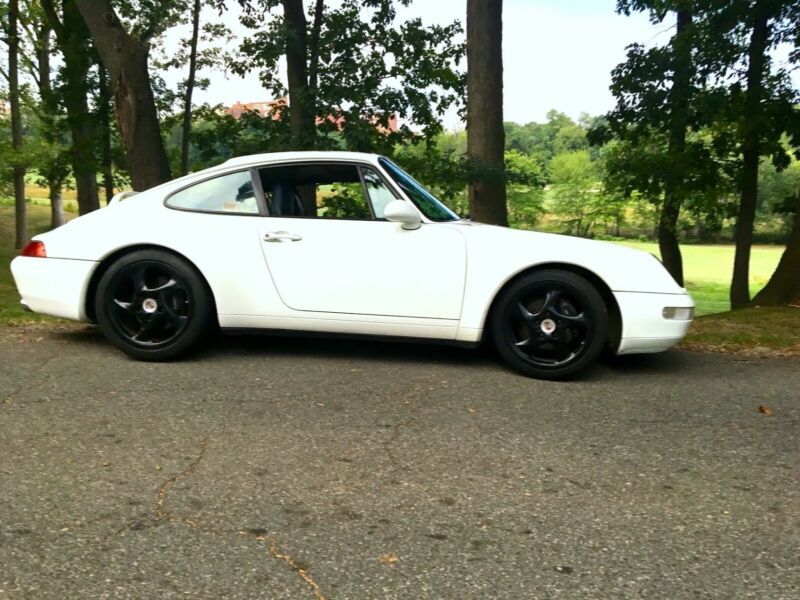 As you can see in the pictures, this car is setup for club sport rally while retaining its originality/purity. The
exterior of this car is in incredible condition. The original paint condition is excellent and as you can see in
the pictures, this car has always been looked after with great care. All the gaps are perfect and the doors shut
with Porsche's famous "ping"! To add to it, the car is setup well at euro height with added upgraded 18" wheels on an expensive four corner KONI
specific suspension package upgrade. Michelin ZR Rated Tires show good tread. Functionally, this car very well
sorted! It fires up nicely. All mechanicals including power seats power windows sunroof function as new. Car has
upgrade including new Griffiths Evaporator Systems. Heat is also
all original and works as it should. All the gauges function as they should, in the trunk you will also find
factory jack, spare and complete 993 tool set.