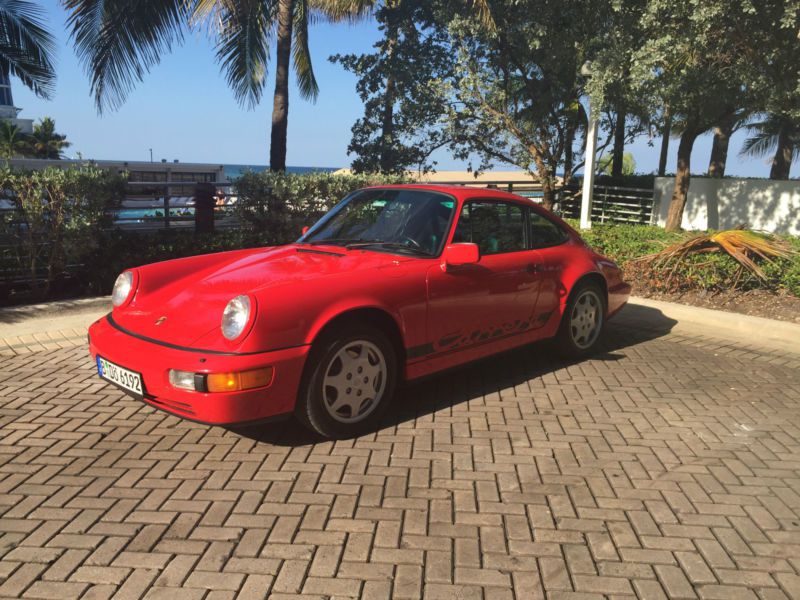 RARE AND SHARP! Beautiful Air cooled, this is one of the few 1991 Carrera 2 available, the car is in great shape for a 24 year old car, it has 4 new tires, the wheels have been reconditioned and it has all the tools, owners manual and spare tire. The engine has been totally rebuilt and is still under WARRANTY, no leaks and no smoke at all, A/C ice cold, great daily driver and investment. All scheduled maintenance, All records, Always garaged, Custom paint/graphics, Excellent condition, Mostly highway miles, Must see, New tires, Non-smoker, Title in hand, Well maintained.