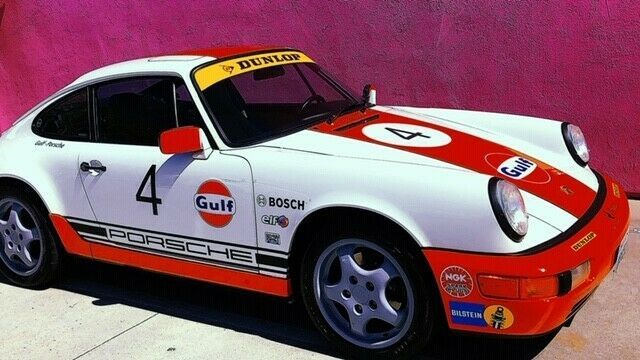 1991 Porsche 964 with 115k, Custom backdated Gulf decals. All removable without any damage to Alpine White Paint.
Paint is great.

New ECU AC unit was replaced last summer, blow cold or as best as they do I guess. No leak at all that I noticed.
New Horn, New Breaklines. All electronics works.