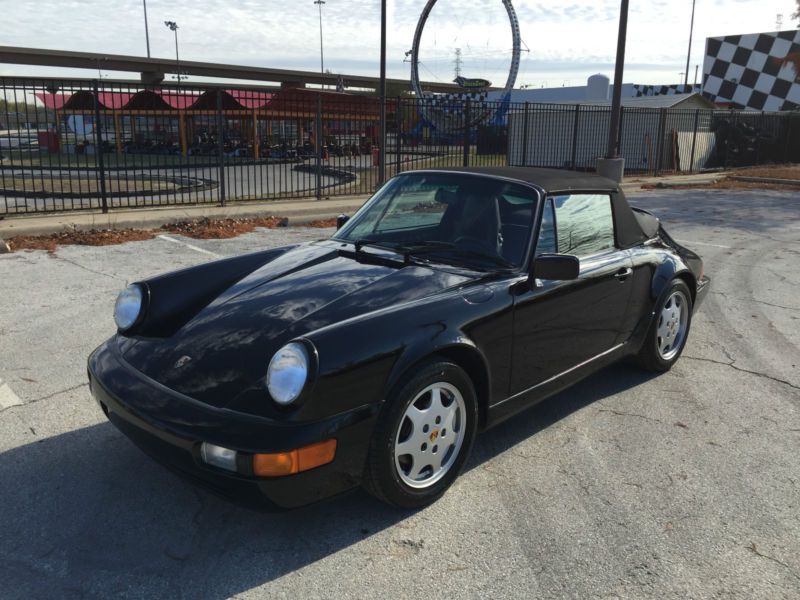 This is a very nice example of the last of the "classic silhouette" air cooled 911s. The 964 version of the 911 incorporated many advancements and additional creature comforts that make them excellent for real world use. This example shows very, very well and is finished in the desirable combination of black/black. The paints is very good and looks to be all or nearly all original. The interior is excellent with very little wear visible.

Mechanically, the car performs as expected. Starts right up, shifts and runs well. Typical, no drama Porsche engineering. The mechanical convertible top functions well and while being original is in good shape with some minor wear.