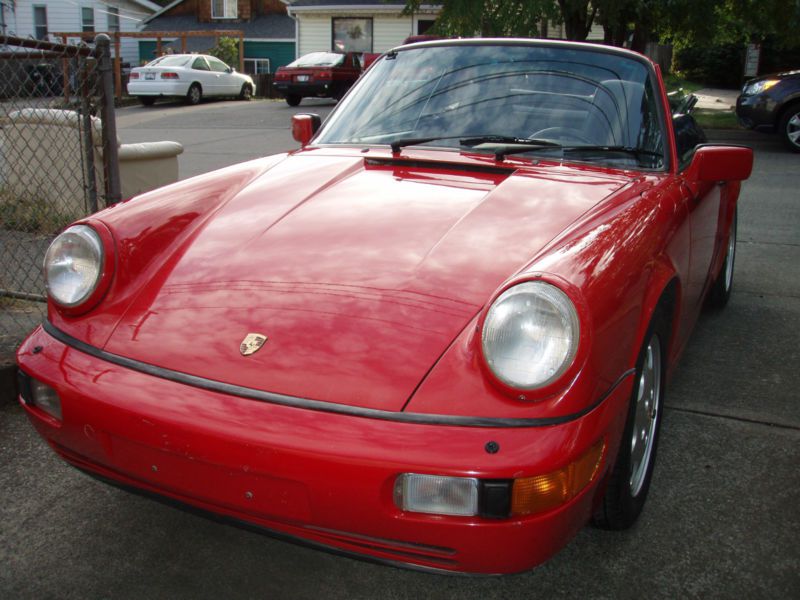 Please email me with any questions or requests for additional pics or something specific at: latinalbbroglio@ukphotographers.com .

1990 Guards Red Porsche 964 Carrera 2 Convertible with Tiptronic automatic transmission. Pretty much everything is still original on the car except for the stealth Kenwood CD player. The paint is original and has held up incredibly well for being 25 years old. It's not perfect and you will see imperfections when you look at it closely with the naked eyes but overall still very impressive. The interior is nice and clean with little wear. I do have pretty decent service records on the car. There was major service maintenance at 80k miles where they replace the caps, rotors, spark plugs, filters, v-belts, etc and checked out a whole bunch of other stuff normally done at 90k miles. The tires are brand new. They’re Michelin Pilot Exalto Ultra Performance. I also have the tonneau cover for the convertible soft top. The car runs great and has been well maintained and always kept in the garage.