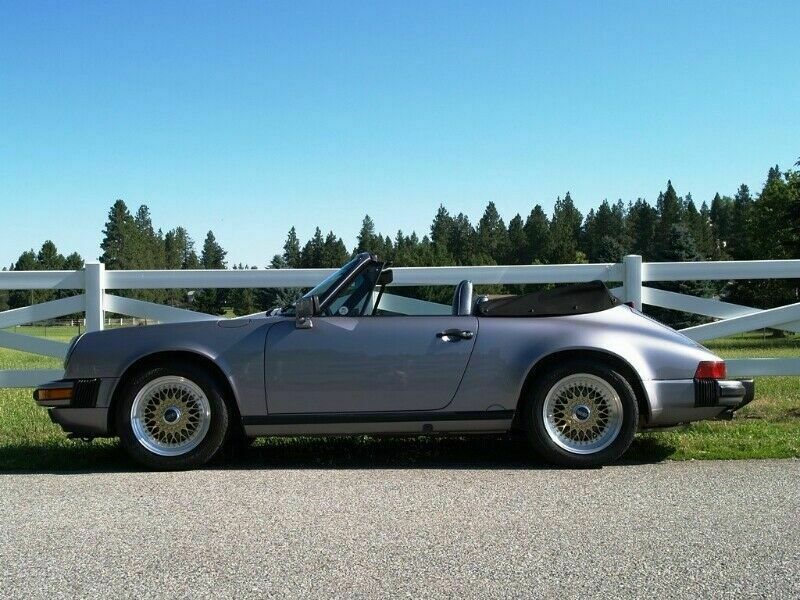 Diamond Blue Metallic exterior colour (bluish grey depending on light) and blue metallic
leather interior with Ferry Porsche's signature on headrests. Options on the car include power top, power windows,
power door locks, ac, G-50 5 speed manual, fog lights and power / heated side view mirrors. Bone stock except for
Alpine blue-tooth stereo. Comes with two sets of wheels - color keyed original Fuchs (which have P6's on them and
are stored) and aftermarket Fuchs currently on car, original steering wheel (MOMO wheel currently installed). BBS
wheels in first picture are not included. Car is a 9.8 out of 10. No leaks, engine runs and pulls strong,
transmission shifts smoothly and clutch works well (engine bay is completely stock). Steering is tight, brakes are
firm. Comes with original brochure from 1988 model year as well as orginal bottle of touch up paint. Front of
hood, fenders, mirrors and door edges have 3M like stone guard film (not sure brand - was installed already when I
purchased it).