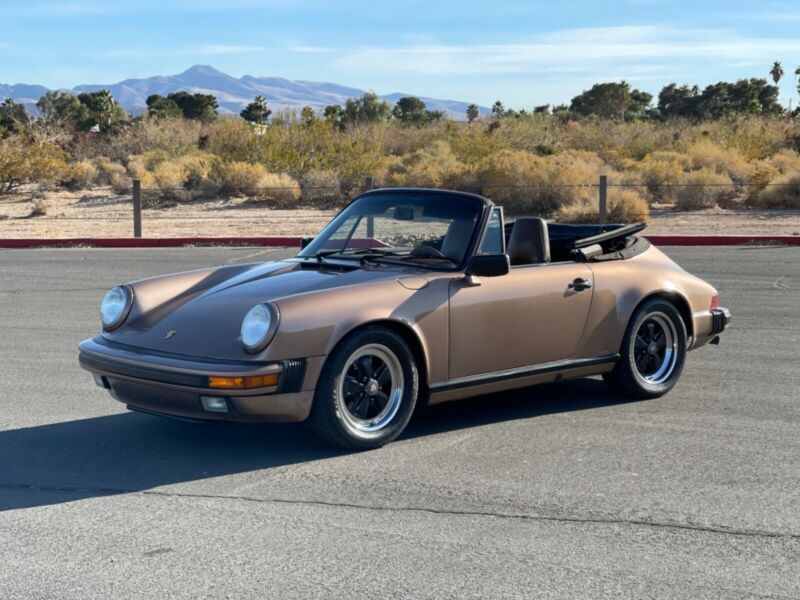 1987 Porsche G50 Targa in very rare Nougat Brown metallic/Mahogany interior. The car has 102k original miles, 100%
clean Carfax, no accidents. All body panels have original matching VIN stickers. Car is complete with the original
warranty book with the original owner's name, dealer service stamps, option code sticker, jack, air compressor, and
spare wheel. . The Fuchs wheels are all in great shape. Runs absolutely super with lots of power. No oil leaks or
smoke. Engine was rebuilt at 80k miles. Shifts and brakes as it should. The interior is a rare Mahogany color and
remarkably original.This car is 100% original and still remains it’s original paint this car was always garaged and well kept