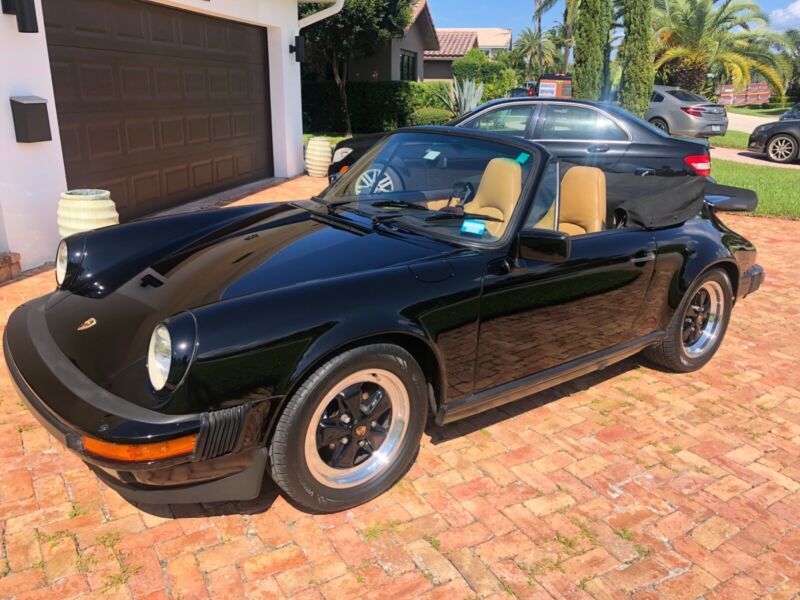 1986 Porsche 911 Carrera Cabriolet. Always a head turner very desirable color combination with original paint, no
corrosion super clean always garaged 911 Carrera Cabrio with the original window sticker included. All lights,
switches and controls work, mechanically super strong and starts and runs perfectly. This car has always been
garaged and properly maintained, she has been driven regularly and still pulls strong and sounds proper. all doors
panels fit correctly with proper gaps, rubber seals are all intact and seal well. Interior and exterior are in good
condition and only the normal wear and tear that you would expect on a 34 year old original car.