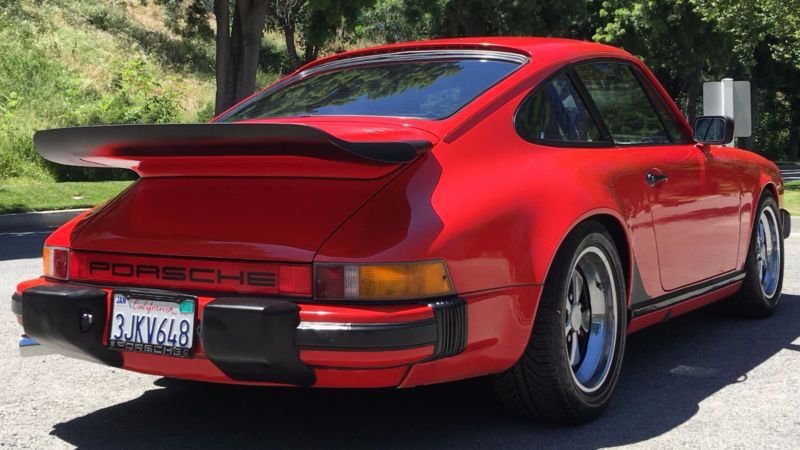 Feel free to ask me any questions about the car : lynnlmmennecke@clubjaguar.com .

1983 911 SC Coupe (911)
In 1978, Porsche introduced the new version of the 911, called the '911SC'. Porsche reintroduced the SC designation
for the first time since the 356SC (as distinguished from the race engined 356 Carrera). There was no Carrera
version of the 911SC. It featured a 3.0-litre engine with Bosch K-Jetronic fuel injection and a 5-speed 915
transmission. Originally power output was 180 bhp,later 188 bhp and then in 1981 it was increased to 204 bhp.
This beautiful 911sc is all original with only 122,000 miles runs and drives Great was garage kept.
The previous owner had installed a roll cage as he went for the "Carrera RS" tribute it is a bolt in roll bar no
welding was done. All electrics are functional such as Windows, sun roof, fog lamps etc, And A\C Blows cold. Has
original fooks alloy wheels brand new Michelin tires all around.
This is an excellent example of the 1983 911SC model, running and driving as a perfect example. This car has been
meticulously maintained and serviced by the previous owner and it shows.
The engine is very strong with good oil pressure. No smoke or overheating and the temperature stay cool and
consistent. The transmission shifts smoothly through the gears and the clutch is very nice.
The interior is in excellent shape. No rips or tears on the seats and the dash & gauges are very nice. This car is
completely rust and accident free, the underbody is very dry.