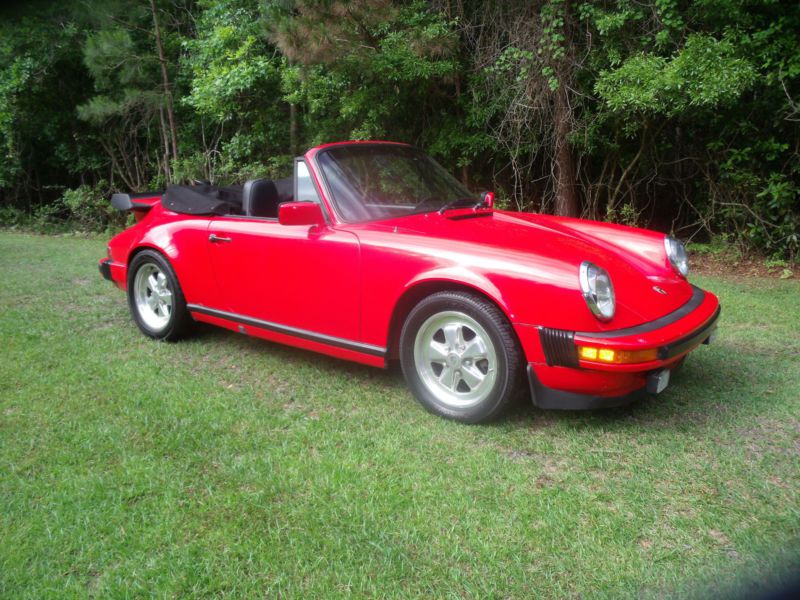 If you have any questions feel free to email: reaganrbblackmoore@ukschool.com .

Nice 83 sc, the last year of the 3.0 arguably the best engine porsche ever produced.The first year of the
cabriole(finally a place to put the clubs). It has new German top and seats recovered Runs flawlessly,Ac will
freeze the nips,Tires are 95%.Stainless header,Blaupunkt amp, 8 inch bass,6inch rears,4" door and tweets.Now for
the bad: has a few road chips on a repaint and I had to disconnect engine compartment double pumper shocks because
it was tweeking the trunk lid.Has had speedo replaced but my best estimate is about 150,000 . I am adding more pics
some of interior and under all though it is dirty there is no rot or damage.