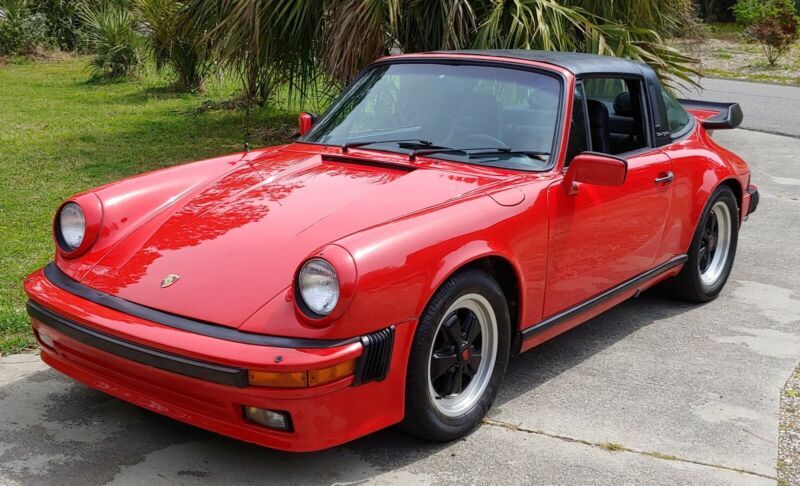 The car needs nothing to be enjoyed immediately. Very solid, no rust. Paint looks great...you have to look for
flaws but there are a few very minor scratches, etc as it is a driver not a garage Queen. Interior is very nice
with original leather seats with no tears or splits. Nice door panels and carpet, new Targa top headliner. Perfect
dash, no cracks. Gauges are clear and all work
Factory AC and cruise control. Aftermarket radio and rear speakers. I've never turned
the radio on because the sound coming from the air cooled motor behind me is music to my ears! Tires and brakes are
very good. Stops on a dime and tracks straight as an arrow. Original Fuchs look great. The underside of the car is
like new from the factory with no rust. Body panels are straight with good gaps. New muffler and stainless heat
exchangers.

Since having the top end rebuilt the car is a blast to drive. It pulls very strong in all gears and doesn't skip a
beat. I literally have only driven about 3500 break in miles since all the work was completed. Doesn't leak a drop
of oil and doesn't smoke at all. Tranny is smooth and synchros are excellent.