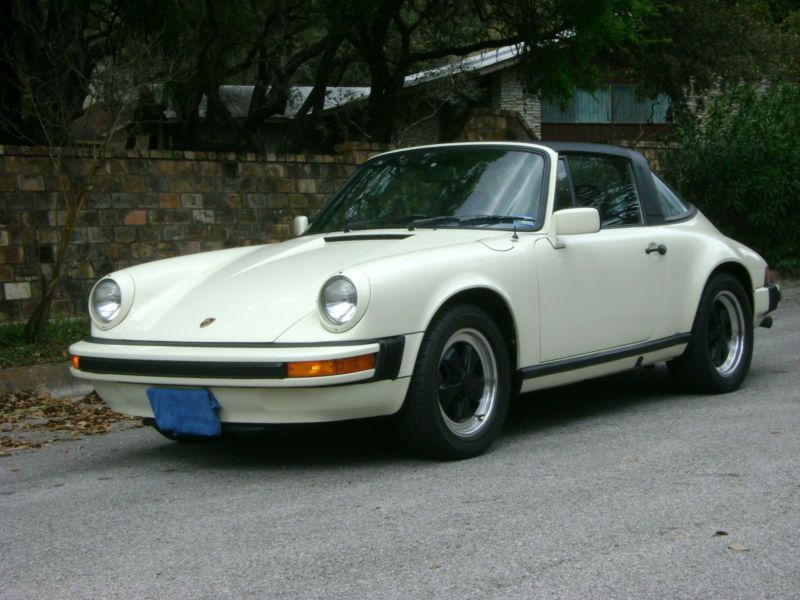 I am always available by mail at: diedramabry@netzero.net .

1981 PORSCHE 911SC TARGA ONLY 24,554 ORIGINAL MILES. Finished in a very rare color combination Chiffon White with very well kept Blue Leather interior, this car comes with everything 100% original: Window Sticker, Certificate of Athenticity numbers matching, Tools and Records, all the services and up-grades were done at the Dealership, in 1987 the head studs were up-graded also the carrera tensioners it had 5,612 miles, in 2011 the A/C was upgraded with R134 it had 22,139 miles, the speedometer was replaced on 07.21.1997 with only 13,745 miles, the new odometer reads 10,609 miles, that gives us 24,554 miles, if you are familiar with Porsches this was a very common problem because people like to reset the odometers with the car moving and the odometer gear just broke, the miles are consistent with the wear and tear of the car, so you are looking at a 35 years old car that looks, shines and drives like new, everything is original 100% from the day it left the Stuttgart Factory, it has all new fluids, filters and plugs, ready to be enjoyed or kept as an investment, it is mint condition, you won't find anything like this car, need to see it to believe it.