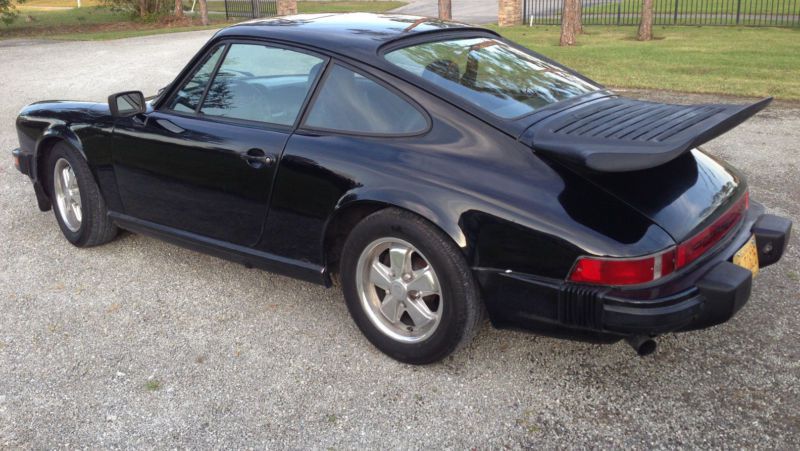 1976 Porsche 911 Black and Black
Runs and Drives Great.
No rust or accidents.
Excellent tires.
Clutch is terrific with plenty of life left.
Does not leak or drip oil.
Excellent stereo sound
Exhaust system is great.
Suspension and steering feel correct without looseness, clunking or wandering.
All accessories and lights work.
Headlights and directionals (blinkers/turn signals) all work.
Nothing broken or feeling weak, broken or saggy.
Brakes and brake pedal feel and sound good.
Upgraded H4 European Composite Bulb Headlights -- they look great -- not the sealed beam American-style headlights
Get in and drive.
Clean and clear title in hand with no liens.