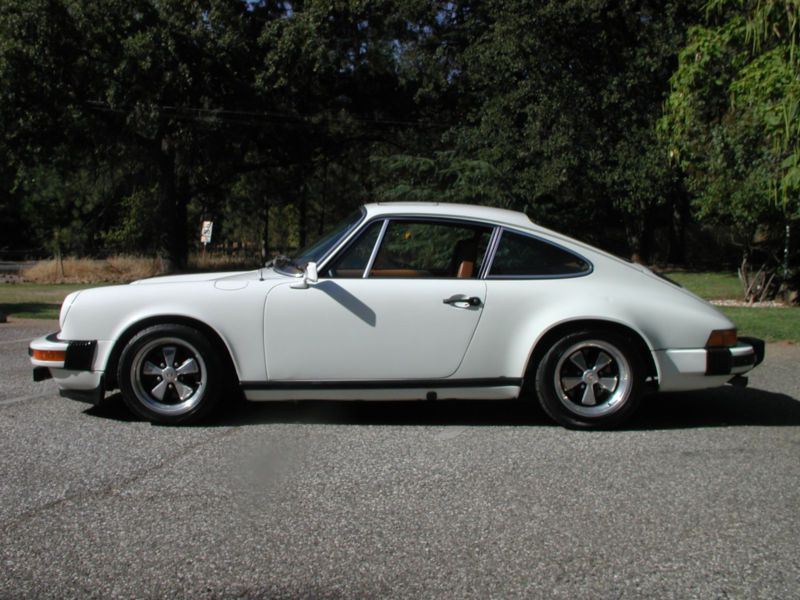 For sale is a 1975 Porsche 911 Carrera. This is a numbers matching car per the Porsche COA. The milage is 49,300.
It is car #67 of 395. The car has had 3 owners and the current owner has had it for the last 9 years. The paint is
the original Grand Prix white and the interior is the original cinnamon leatherette. The paint and body are in very
nice condition. The car is a west coast car and has no rust. The interior is in excellent condition. The car is a
rare spoiler and Carrera script delete. The rims are the original 7 & 8 inch Fuchs with new tires all around. The
car is set to euro ride height and looks great. The brake calipers were recently rebuilt and work great. The engine
runs strong and the trans shifts very smooth. This is a great running and handling car and could be driven
anywhere. It was recently serviced and ready to go. This is a very nice example of a very rare car.