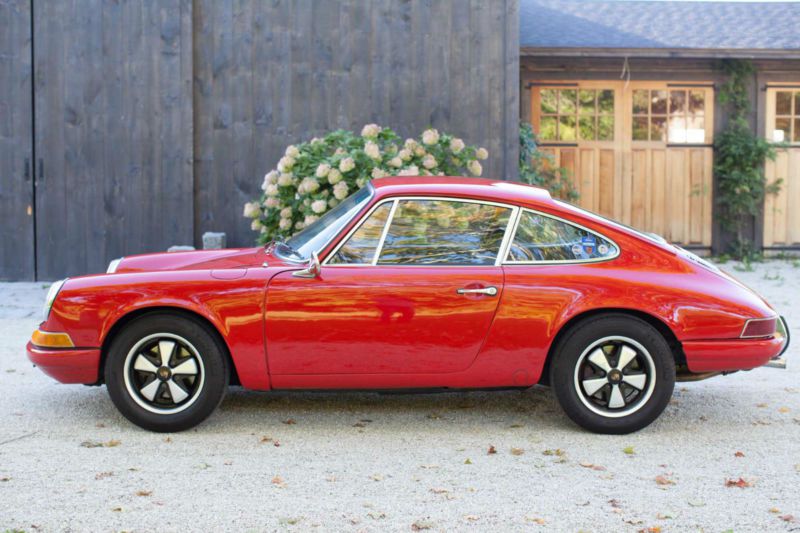 If you have any questions feel free to email me at: teodorotiizzo@pi8.com .

This listing is for a 1971 911T. Its in very good condition. Was restored by the prior owner, an active Porsche
enthusiast. Very original car with numbers matching engine. Has original Fuchs wheels. The vehicle has been stored
inside a vapor proof garage, never driven in rain or snow during my care, and maintained in a clean always detailed
condition. Its a beautiful car.
No known issues of any significance. There is one small paint bubble on the lower passenger panel right behind
front wheel (i showed close up picture, but its hard to see). Has very very light oil drip pretty standard for
this year and make.