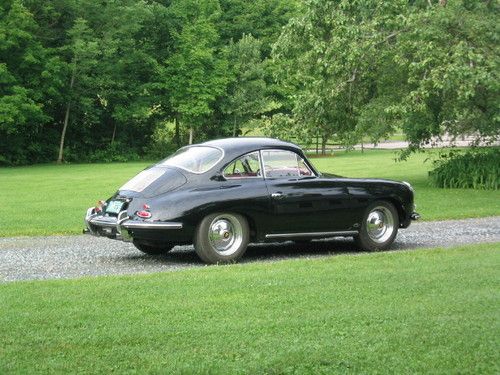 Restored B Coupe, matching numbers, Certificate of Authenticity, all repair slips and history. I am the second owner. The original owner sold the car to a dealer and I purchased the car from that dealer in 2002. The car moved from California to Texas and then to Vermont. Never driven in rain, bad weather of any kind or the winter. Stored in a heated garage.

Does not drip or leak any funds...at all. No body damage and never in a wreck or fender bender of any kind. The car turns heads wherever "she" goes.
Rebuilt engine, steering and suspension, brakes and heating system with a total restoration of the interior. No RUST with original pans, new tires with 500 miles on them along with an engine rebuild 2500 miles ago. Electric Fuel Pump Kit designed by KLASS356 and installed by Lyme Pond Restorations. Car runs and drives extremely well, can be driven anyplace with confidence.
I will accept cash, good check or funds wired. Please don't bid if your intentions are not serious...winning bids have 24 hours to send a deposit and 3 banking days to send the balance. The car can be shipped at your expense or you can come and get the vehicle yourself. There will be NO storage charge for a delay in retrieving the car. All questions will be honestly answered via email or telephone call.