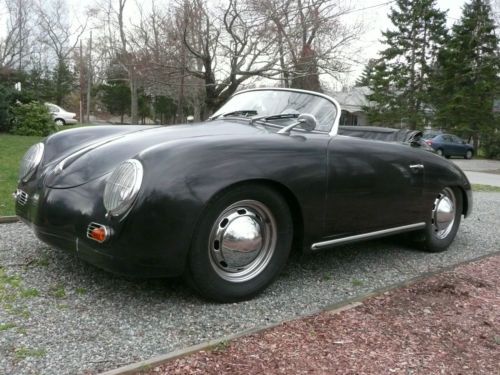 Pictures show bumpers removed, I likes the look better.  Bumpers do come with the car and are simple reinstall if desired.  Have the following extra gear that was purchased but never installed on the car:
I have a number of book resources that have helped me over the years and will go with the car; the Dellorto carb tech book, original CMC assembly manual, VW Beetle Autobook, the famous John Muir 'How to Keep your VW Alive' book.  Car body isn't perfect, it is gelcoat, not paint, so could easily be rubbed and polished to a sparkly finish.  All the doors, hood, & trunk seat properly and latch well.  Car is being sold as is, where is.  Car may be picked up or I can arrange transportation for additional cost.