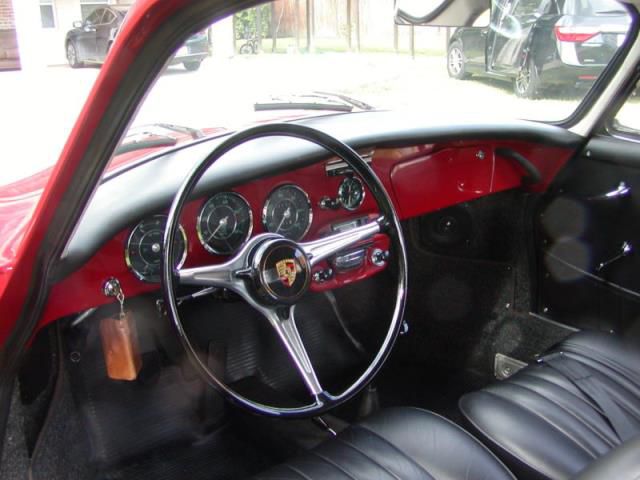 Rare Offering of an Investment C Coupe. For the Collector and the enthusiast Virgin ,Unmolested. Never Ever any Rust or Damage. Life time chance Original paint, Time Capsule 1965 Porsche C Coupe. One Doctor Owner. Black plate Factory Ruby red with Black interior . Coupe still has its factory deep ruby red original paint with some detailing touch ups in 1980s All factory original undercoating. Factory all original panels and sound insulation. All numbers matching per COA Vin # 221079Eng # 716345Color # 6402Transmission # 84288 Dr.Wilson bought her new in San Francisco when he was going to medical school. Coupe body looks like 5 years old from build date. Still with old California PinkSlip Title ( Purchaser will be second owner ) Coupe is pampered all her life, covered,garaged always in California and Texas Maintained by the Best in the field Main mechanic was famous Los Angeles area restorer Jim Rinker Rinkertoys in 1980s ( Please see news paper article ) Interior in 1980s changed to full leather by Autos international famous upholstery shop in Los Angeles,CA
If you have any questions regarding this car, please feel free to contact me : duanemitchellq3e@outlook.com