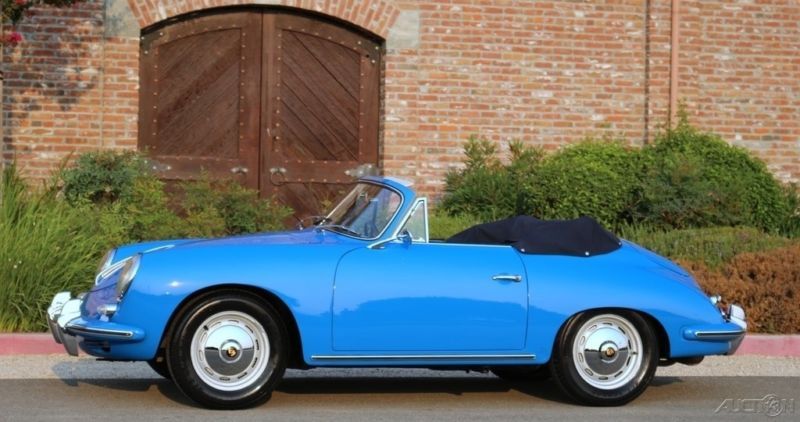 For more details eMail me : rafaelsnchez830@yahoo.com 1961 Porsche 356B T5 Reutter Cabriolet with excellent factory Royal Blue/Light Grey color combination: Owned by a retired executive for the past 20-plus years. Restored over 10 years ago to COA specifications. Beautiful condition in and out, includes matching factory hard top. Engine is a correct Super 1600, not the original case. Extensive receipts and records, including receipt rebuild 5000 miles ago. I make an rebuild the front end (all new bushings) and installed new tires. Please study the pictures carefully rather than requesting descriptions. Thanks for the interest!