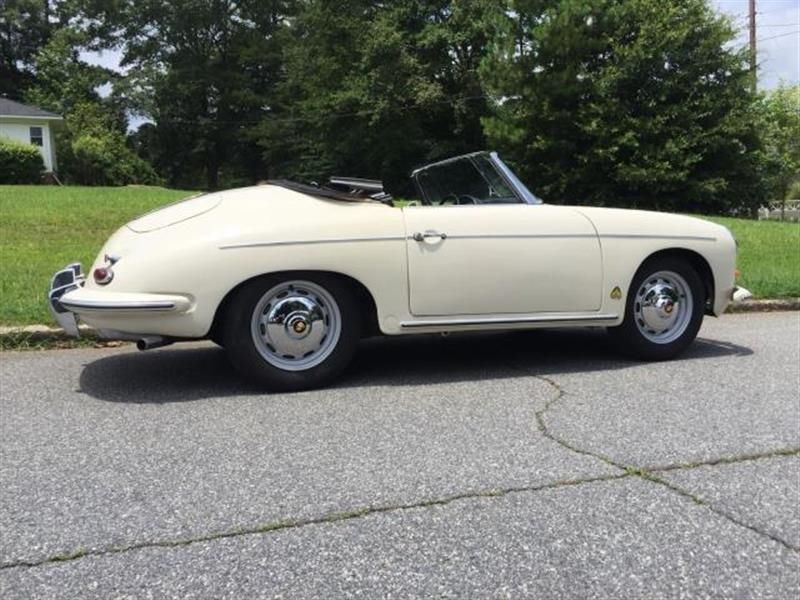 “fun Daily Driver You Can Use Now And Restore Later. Original Now With The Same Owner On The East Coast For The Last 5 Years. PaintIs Older And Still Very Nice. Solid Body And A Nice Interior. All Original DoorBottoms With No Evidence Of Rust. New Top Was Installed 1 Year Ago WithAssociated Rubber Seals.matching Numbers On Doors, Decklid, Front &rear Latch,And Transmission. The Engine Appears To Be Rebuilt With A Rare Blank Case WithMostly 912 Specs.”960 Porsche 356Roadsterdrive Now & Restore It Later. It Was RecentlyFreshened Up For Daily Driving With New Rubber Seals, Freshened Up Fuel System,Brake System, And General Tune Up Items. The Engine Very Well And Does Not SmokeAt All.the Body Does Not Show Any Welding Or Major Repairs. The Battery Box IsOriginal Suggesting It Has Not Been In Any Major Accidents. The LongitudinalsAnd Jack Spurs Are Original And Soft In Areas. The Floors Have Flat InsertPatches Where It Was Repaired.the Top Is A Year Old And Is A Black CanvasFinish. The Interior Looks Good. The Tires Are New And Are Mounted On DateMatched 1959 Factory Wheels. Same Owner Last 5 Years And Now Wishes To Sell.