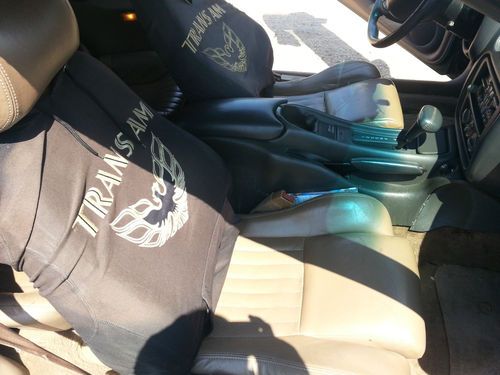 Condition: UsedA vehicle is considered used if it has been registered and issued a title. Used vehicles have had at least one previous owner. The condition of the exterior, interior and engine can vary depending on the vehicle's history. See the seller's listing for full details and description of any imperfections.Seller Notes:"There is one tare in the driver seat and the dash is cracked, missing both visors, crack in windshield."

I have owned the vehicle for 11 years. It has 35,000 miles on the motor and 2,000 miles on the transmission the tires are new I have been restoring it. The only thing that needs to be done to the car repair the driver seat and two visors. It has a new fuel pump in. It has been well taken care of it just sits in the garage. I prefer to have a cashiers check, verified bank check or cash. I prefer you to come to me and pick the car up.