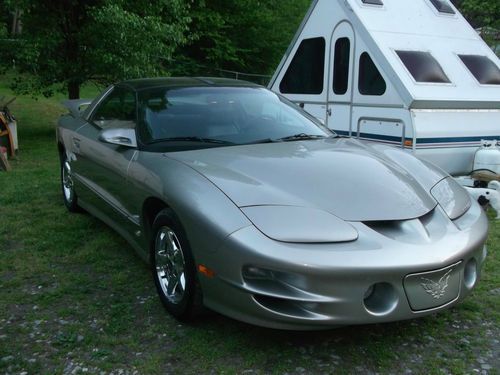 Condition: UsedA vehicle is considered used if it has been registered and issued a title. Used vehicles have had at least one previous owner. The condition of the exterior, interior and engine can vary depending on the vehicle's history. See the seller's listing for full details and description of any imperfections.Seller Notes:"Car is in great condition! The only known small problem is the interior door panels have cracks and need replaced. Very simple fix."

This car is in fantastic shape.  It's a must see to appreciate vehicle.  Loaded with options it has been Computer Programmed, has all Leather Interior, T-tops, Keyless Entry, Security System, 12 Disc Factory Installed CD Changer, Remote Start, Tilt Wheel.
I am the 2nd owner but the car has been mostly garage kept.  There are no dings or scratches on this car.  The only thing that is wrong are the interior door panels are cracked and need replaced.  This is an easy fix I just don't have the time to do it myself.
The pictures don't do it justice.  It is really a great show quality car and the buyer won't be disappointed.  There are not any known mechanical problems with this car.  Drives and handles great!  Super fast!
Buyer is responsible for picking up the car in WV.  I will meet within 100 miles from my home.  $500.00 deposit must be received within 48 hours of auction close.
The only reason I am selling is because I never have time to enjoy it.  You can call Jimmy at 304-854-0556 with any other questions you may have.