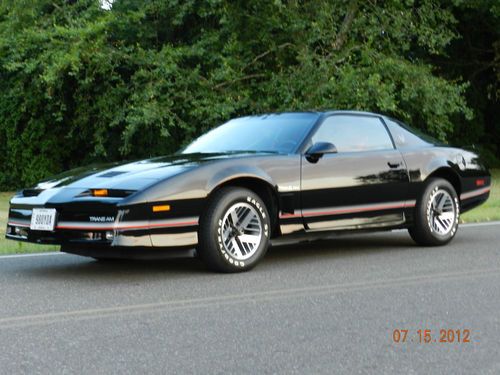 1985 Trans Am Black exterior, Air Condition,  Auto Trans. Tilt wheel. Factory alloy wheels, 21,006 miles. I'm the second owner I bought it off the original owner 5 years ago. selling as is. The car was rust proofed when it was new by rusty jones.The car is very original no door dings or rust. No a disapointment. I would say the car is a 8 or 9 out of 10. Question call (330)340-4666