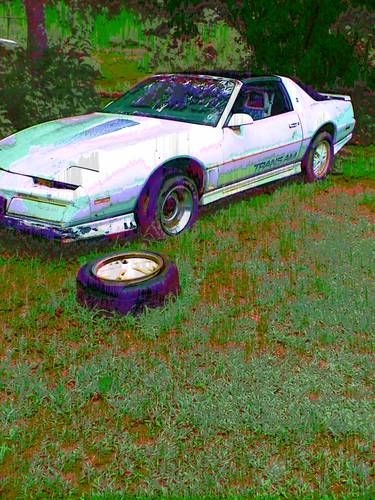 Condition: UsedA vehicle is considered used if it has been registered and issued a title. Used vehicles have had at least one previous owner. The condition of the exterior, interior and engine can vary depending on the vehicle's history. See the seller's listing for full details and description of any imperfections.Seller Notes:"this car needs a lot of work, but over all is not too bad, simple basic stuff, needs new paint of course, and interior re-done, passenger door is eat up with rust, and needs replaced, driver door window busted out, due to lawn mower rock, windshield cracked, also from lawn mower, battery box rusted, complete car, everything included, all original even the back re-coil shade in hatch area,"