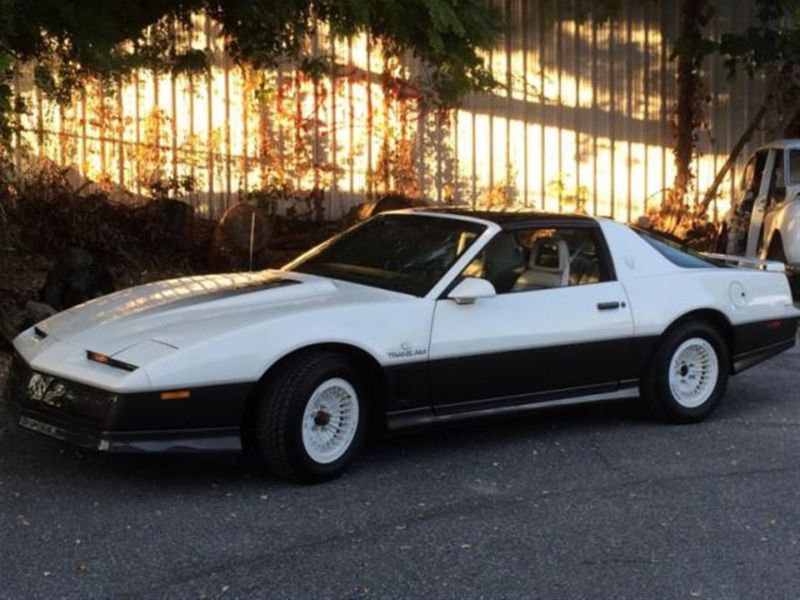 Automotive History For Sale Authentic 1983 Pontiac Firebird Trans Am Daytona 500Pace Car Edition. In nothing less than exceptional condition, This 305 cubicinch 175 horse power automatic V-8 is as beautiful as it is rare. A single ownergarage/barn find with only 27,192 gentle miles on it. The has a treasure trove of original extras. Orginal title, Window salestickers, An extra set of hub caps, Daytona 500 Mats, Production manual, Leatherand Suede Ricaro Seats.The gas tank, tires, brakes, and battery have beenreplaced. Pontiac produced just 2,500 of this car. A scant 1,860 were createdwith the automatic crossfire injection. This is the car that most defined theterm muscle car. Some collections that have included the '83' trans amare the McMullen Collection, The John Scotti Collection, as well as the DezerCollection although not pace car edition, A black 1983 trans am was widely knownas kit from the television show knight rider.A full ground effect skirt packagewas added to the body and special grille inserts were installed in the frontbumper air front suspension and live rear axle allows you tomanhandle this beast. The front and Rear Disc brake and 101 inch wheel baseassure smooth and definitive stopping power.The survival rate of thirdgeneration firebirds is extremely low, Making this a blue chip collecters item.
Please contact me only at : TenishaStweartfgom@yahoo.com